The show must go on: passionate actress Rebecca has a new double role – while she’s playing a preacher in a little off-off-theater, she gets the offer to coach an old friend’s son, Thaddaeus, for his real sermons to a real congregation. To Rebecca, it seems not just a perfect research opportunity, but also a great way to earn a little extra on the side of her low-paying acting job. Only Thaddaeus remains to be convinced... 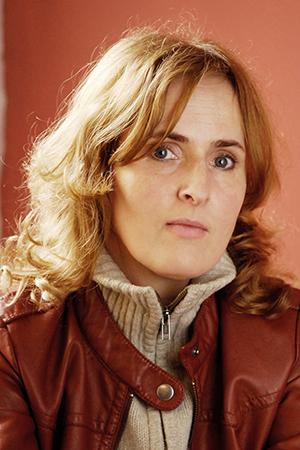 Sylke Enders, born in Brandenburg 1965, joined amateur dance, stage and film groups while studying sociology 1983 to 1987 sociology and enrolled in the directing program at dffb Berlin 1996. Her debut feature KROKO (2002), a sensitive portrait of an aggressive young woman in Berlin, won a German Film Prize in Silver. She often casts amateur actors in the lead of her tragicomic adolescent stories, such as SCHÖNEFELD BOULEVARD, which screened at FILMFEST MÜNCHEN 2014.
Close