Five old girlfriends meet once a year for a weekend get-together in Southern France, to catch up together in a relaxed atmosphere. But when an intruder interrupts their getaway, the weekend threatens to spiral out of control. A film for women, girlfriends and, as director Olaf Kraemer puts it, “for men who like to watch beautiful women doing naughty things.” 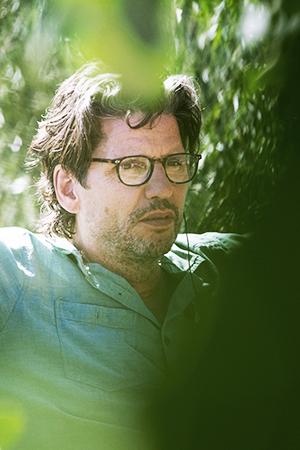 Olaf Kraemer was born in Cuxhaven in 1959. He founded a Young Adult reading circle in Göttingen and wrote lyrics for rock bands. He studied anthropology and journalism at FU Berlin, publishing articles in various print magazines. Spent the years 1987 to 1998 in the United States, writing a non-fiction book about psychedelics, working as a translator and documentary filmmaker. In Los Angeles he met Timothy Leary, Kinky Friedman and Uschi Obermaier, about whom he wrote the biography “High Times – Mein wildes Leben“ which spent 27 weeks in the German bestseller lists. He adapted the book into EIGHT MILES HIGH (2007), which became a box-office hit. He wrote his first novel “Ende der Nacht” 2008 about the death of Romy Schneider, which is not available due to a court injunction. 5 WOMEN is his first feature film.