Veniamin is obsessed with the Bible. The Russian teen fanatically reads the Bible over and over, spouting quotes which he takes way too literally. His zealotry begins at swim lessons, where Veniamin refuses to undress for religious reasons. Then he starts to argue the case for Creationism in school. His mother suspects drugs or insecurity, but her son is on a different mission entirely. Based on the German play “Martyr” by Marius Mayenburg. 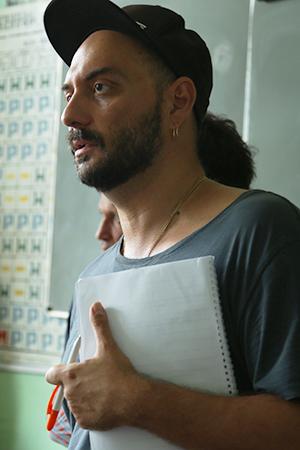 Kirill Serebrennikov was born in the former Soviet Union in 1969. He first majored in physics before discovering his passion for stage directing, and giving up the scientific career. He is currently one of the leading stage directors in Russia. His theatrical feature debut RAGIN was screened in Karlovy Vary 2004. PLAYING THE VICTIM won the Grand Prize in Rome 2006, IZMENA (2012) was nominated for the Golden Lion in Venice.