A KIND OF MURDER
Filmfest 2016

“Crime doesn’t pay, and in A KIND OF MURDER, neither does fantasizing about it. Adapting acclaimed suspense author Patricia Highsmith’s 1954 novel “The Blunderer,” director Andy Goddard and screenwriter Susan Boyd chart the doom that befalls a couple of men whose spouses, in quick succession, turn up dead at the same out-of-the-way Northeast rest stop. While thrills are mitigated by convoluted plotting and suspect character behavior, the film’s uniquely bleak twist on classic noir conventions is enlivening. Its theatrical fate is limited, yet finding subsequent cult-following favor with genre aficionados isn’t beyond a reasonable doubt.” –Nick Schager, Variety 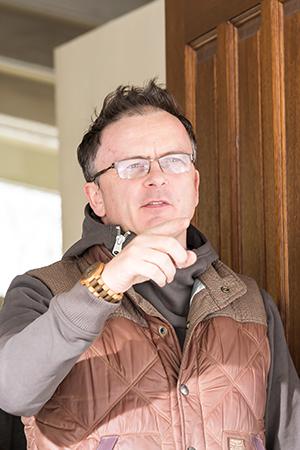 Andy Goddard is a British writer-director. He was nominated for a BAFTA for his first short film LITTLE SISTERS 1998. He directed for series TORCHWOOD (2006-2008), DOCTOR WHO (2008) oder DOWNTON ABBEY (2011-2012) and has his theatrical feature debut with semi-fictional biopic SET FIRE TO THE STARS (2014) with a young scholar of literature accompanying poet Dylan Thomas.