One of the most famous examples of New Hollywood: In small-town Texas in the early 50s, a gang of teens has their first encounters with love and sex, testing their friendships sorely. Ellen Bursty plays an icy blonde, the mother of local beauty Jacy. Bored, she has an affair with oil worker Abilene, who sets his sights on Lacy next. 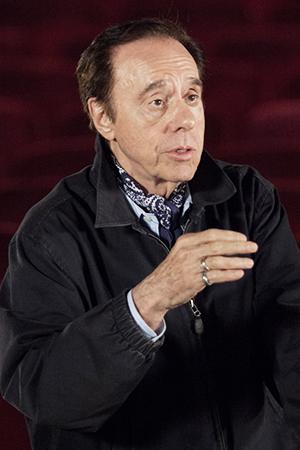 Peter Bogdanovich was born in Kingston, New York, 1939. He trained as an actor with Stella Adler, acting and directing for the stage in New York and writing film criticism. He began working as assistant and co-author to Roger Corman, who produced his directing debut TARGET (1968). LAST PICTURE SHOW was his second film, and was nominated for eight Oscars, won two. His road movie PAPER MOON (1973) also won an Oscar for Best Supporting Actress (Tatum O‘Neal). His latest film SHE’S FUNNY THAT WAY (2014) starring Owen Wilson and Imogen Poots premiered in Venice.