A chance meeting in Madrid, a long look back at the past: On a train trip, Julieta makes a fateful decision, leaves an old man in need of help behind and gets pregnant from another man. Conception and death. Years later, Julieta suffers an even greater loss, which leaves her deeply scarred. Based on three short stories by Alice Munro, Pedro Almodovar stages a mysterious and sensitive life story about love and lust, guilt and disaster – with two actresses playing Julieta. 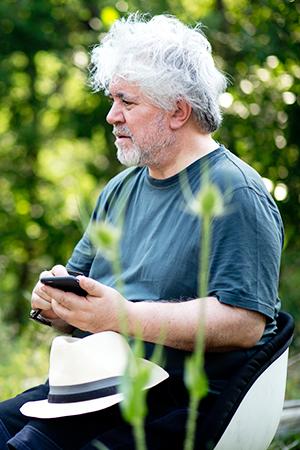 Pedro Almodóvar was born in Calzada de Calatrava, Spain in 1949 and is a writer, director and producer. His melodramatic movies often deal with love, death and desire in an over-the-top manner. WOMEN ON THE VERGE OF A NERVOUS BREAKDOWN was his international breakthrough 1988. ALL ABOUT MY MOTHER won the Academy Award for Best Foreign Film 2000. Many of Almodovar’s recent works such as VOLVER (2006) and BROKEN EMBRACES (2009), which screened at FILMFEST MÜNCHEN, combine supernatural and thriller elements in a cinema of empathy instead of comedy of hysteria.