WHERE I GROW OLD
Filmfest 2016

Francisca, a young Portuguese woman living in Brazil, welcomes Teresa, an old acquaintance she’d lost contact with, into her home. While Teresa is discovering the place where she means to settle, Francisca craves for her life back in Lisbon. The film follows each woman’s adventures in the city and the deep bond of friendship that grows between them, forcing them to deal with conflicting desires: a will to leave for an unknown country and a relentless longing for home.
“This film was born when I met Francisca, who at the time was striving for a new life in the city of Belo Horizonte. Since then she has been cooperating with me and became one of the film’s leading characters. Early on I felt attracted by the forces that clashed in her Portuguese heart, and realized that those who experience this dilemma will never be comfortable neither in their homeland nor somewhere else.“ - Marília Rocha 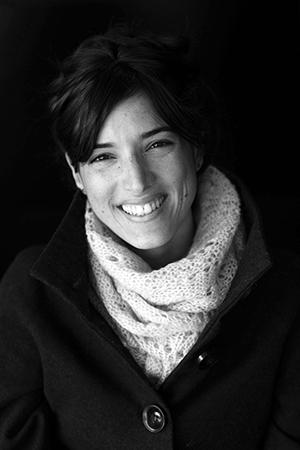 Marília Rocha lives and works in Belo Horizonte, Brazil. She was one of the founders of the collective Teia, of which she was a member for 10 years. She’s a partner at Anavilhana Filmes, along with Clarissa Campolina and Luana Melgaço. Marília directed ABOIO (2005), which won Best Film at It’s All True Festival, Acácio (2008), and A FALTA QUE ME FAZ (2009), Best Film at the São Paulo International Latin America Film Festival. Her work has been presented in countless festivals, both in Brazil and internationally, having also been shown in museum programs such as MoMA, The New Museum, and Mildred Lane Kemper Art Museum in the USA, Museu de Arte Moderna de São Paulo (MAM-SP) in Brazil, and Musée d’Ethnographie de Neuchâtel in Switzerland. In 2011, Visions du Réel Film Festival presented a special program of her films in Nyon, Switzerland, as well as at the Dokanema Festival in Mozambique.