Based on the novel by Blake Nelson. “The title of Gus Van Sant's "Paranoid Park" refers to a rough skateboard park underneath a bridge in Portland, Oregon -- a place where, they say, "dead bodies" are buried beneath the contoured cement. It also describes the confused conscience of Alex (Gabe Nevins), the emotionally isolated teenager who narrates the movie and who actually sounds like a teenager while doing it. In voiceover, Alex reads aloud from his journal as if he were delivering a book report in class, but he's trying to confess the darkest secret of his young life.” –Jim Emerson 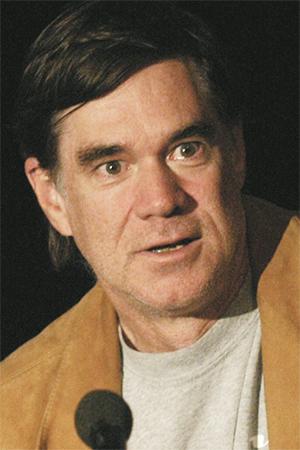 Writer-director-producer Gus Van Sant is one of the stalwarts of U.S. indie cinema. He was born in Louisville, Kentucky in 1952 and studied art at Rhode Island School of Design. His films often deal with the trials and tribulations of teens, such as MALA NOCHE (1985) or MY OWN PRIVATE IDAHO (1991). In GOOD WILL HUNTING (1997) he directed Matt Damon and Ben Affleck in their own breakout screenplay. With multi-perspective high-school shooting spree drama ELEPHANT, he won both the Palme d’Or as well as Best Director in Cannes 2003, making him the only person aside from the Coen Brothers to win both awards at once. His meditation on the death of a rock star modeled on Kurt Cobain LAST DAYS screened at Munich in 2005. MILK (2008), Van Sant‘s biopic about the first openly gay politician in the US, won two Oscars, as did GOOD WILL HUNTING.
Close