Capetown 2016. Mat Joubert was once one of the best cops in town. But since his wife was killed during an undercover operation, he’s been plagued by self-doubt and withdrawing from others. His new boss prescribes overweight, depressed Mat a die, therapy and a new partner: Sanctus Snook is a veteran of an elite unit, and assigned to secretly investigate Mat. Then a serial killer strikes, who kills white men, while Eastern European prostitutes turn up dead and abused as well. A race against time begins. 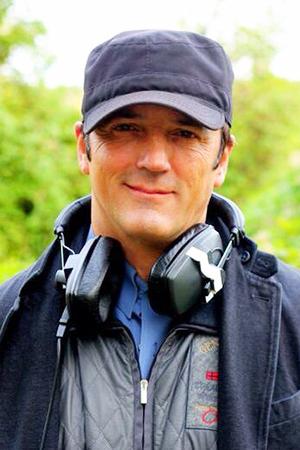 Peter Ladkani was born in Hungary and began working as a stunt man on the Philippines on 15 international productions, including BORN ON THE FOURTH OF JULY or DELTA FORCE 2. After studying directing at Munich film school HFF, Ladkani shot commercials and industrial films. His Siemens commercial FOLLOW THE SUN won 13 awards. His short film HAPPY VALENTINE was nominated for the Shocking Shorts Award. His first feature film MEDCRIMES, a German-Austrian coproduction, aired on ORF and RTL 2012. Peter Ladkani directed the first season of CAPE TOWN.