An extended family gathers to mourn their deceased patriarch. Once-successful neurologist Lary, now a salesman for medical appliances, meets his whole clan in a tiny four-room apartment. It’s been 40 days since his father passed away, and the ceremony turns into confrontation rather than consolation for Lary. Since THE DEATH OF MR. LAZARESCU (2005), director Cristi Puiu has been one of the most well-known Romanian filmmakers. 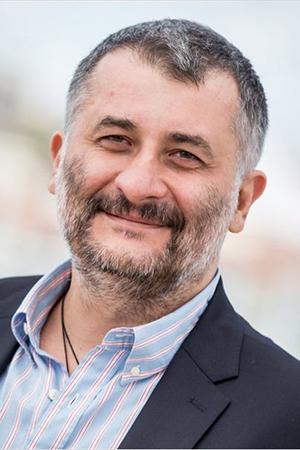 Cristi Puiu was born in Bucharest in 1967. After the end of Communism, he studied painting at the Ecole Supérieure d’Arts Visuels in Geneva, and then turned to filmmaking. Back in Romania, he shot his first award-winning feature STUFF AND DOUGH (2002), which was invited to the Quinzaine in Cannes. Puiu won the Golden Bear in Berlin for his short CIGARETTES AND COFFEE (2004). THE DEATH OF MR. LAZARESCU (2005) screened in competition in Cannes, AURORA (2010) in the section Un Certain Regard.