A dark, violent crime story set in the darkest depths of the megacity Mumbai, where serial killer Ramanna is on a rampage, inspired by the real-life Raman Raghav, who killed over 40 people in the 1960s. The copycat’s first victim is none other than run-down cop Raghavan’s drug dealer. The pyschopath starts stalking the cop he takes to be a kindred spirit. 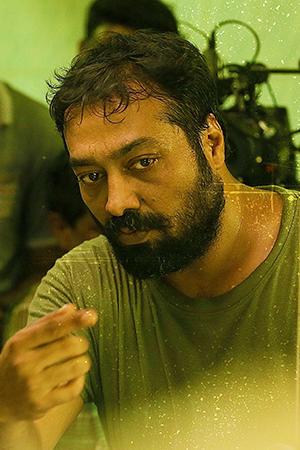 Anurag Kashyap, director, actor, screenwriter and producer, was born in the state of Uttar Pradesh in 1972. He studied zoology at Hansraj College in Delhi before a screening of Vittorio De Sica‘s BICYCLE THIEVES (1948) sparked his passion for cinema. He is one of the leading genre filmmakers in India today. His films like BLACK FRIDAY (2004), GANGS OF WASSEYPUR (2012) or UGLY (2013) introduced a new, gritty realism to Indian crime films. He also produced the prizewinning romance LUNCHBOX (2013). FILMFEST MÜNCHEN screened his Bollywood prostitute romance DEV.D in 2010.