All about casting. And about Lemke. And orgasms by telepathy. Plus: all about financing of non-government-movies. 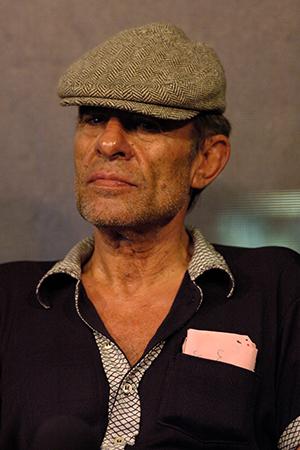 Klaus Lemke was born in Landsberg an der Warthe in 1940. He grew up in Düsseldorf, and was a road worker, among other things. He studied art history and philosophy, dropping out after six semesters. He AD'd in Munich for Fritz Kortner and others 1963-64, wrote for "Film" magazine, shooting six shorts as part of the "New Munich Group" and earning the nickname of "King of Schwabing". He shot his first feature 48 HOURS TO ACAPULCO 1967. His first TV movie for WDR, BRANDSTIFTER about the Baader-Meinhof Gang arson attacks, was a major scandal. Lemke's raw, hands-on style relies heavily on lay actors and unscripted scenes. He shot several films with Cleo Kretschmer and Wolfgang Fierek, including AMORE (1977/1978), which won a Grimme Prize. Lemke's biker film ROCKER (1972) is also legendary, shot in Hamburg along with DIE RATTE (1992) or DANCING WITH DEVILS (2008). SCHMUTZIGER SÜDEN (2010) was about a young man returning to Munich from Hamburg, a serial seducer who has to learn times have changed. In 2014, FILMFEST MÜNCHEN showed an Homage to Klaus Lemke's Hamburg films. After UNDERWEAR LIES (2016), MAKING JUDITH (2017) is the second Lemke film to premiere at Munich.