At the burial of his gang leader, Ik-june can't help but laugh. Jung-bum fled from North Korea and suffers from bouts of depression. And the fact epileptic Jong-bin only drinks milk doesn't stop this eclectic trio from meeting regularly in a bar on the outskirts of Seoul, where Jong-bins female tenant Ye-ri works. They all have crush on the young woman, who came here from China to visit her father, who then was paralyzed by disease short after she arrived. Ye-ri takes care of her dad and the bar, while their love quadrangle with the three slackers sputters and fizzles. Naturally, there's at least as many weirdos in the film business as in the capital's suburbs: The main characters all bear their real names, and are inspired by roles the actors once staged themselves in social dramas. 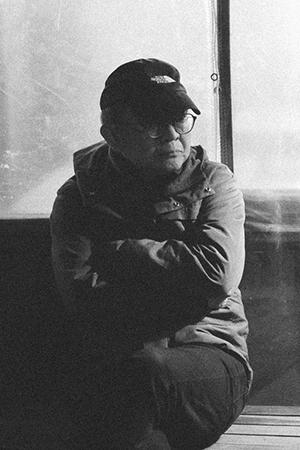 Zhang Lu was born in China in 1962. He taught Chinese Literature at Yanbian University at first, then started directing over a wager with a friend to see who could shoot a short film. His short ELEVEN (2000) was invited to Venice. DOOMAN RIVER (2009) was invited to the Generation sidebar in Berlin, where it won the Jury Award, along with prizes in Paris and Busan. Rom-com GYEONGJU screened at Munich 2015. He has also written novels, including "Cicada Chirping Afternoon" (1986). He is currently serving as a professor of film studies at Graduate School of Communication and Arts, Yonsei University.