Shenaz and Elmas seem to have very little in common. Shenaz is a psychotherapist on the Tukish Mediterranenan coast, lives in a nice house and leads a stable marriage. Elmas was married off to an older man when she was a teen, has to submit to him sexual whether she wants to or not, and takes care of the household under her mother-in-law's watchful eye. Two sides of a rent Turkish society, both with their disappointments and desire for freedom. 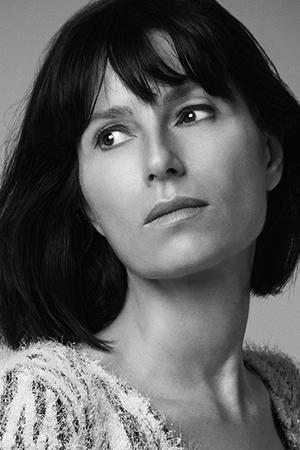 Yesim Ustaoglu, was born in 1960, and grew up neat Trabzon on the Black Sea before moving to Istanbul with her family, where she studied architecture. After working on several award-winning short films, Ustaoglu made her debut feature in 1994, THE TRACE. The follow-up JOURNEY TO THE SUN about the fraught friendship between a Turk and a Kurd was invited to Berlin in Competition, where it won the Cinema for Peace Prize, and Best Film, Best Director, the FIPRESCI Prize and the Audience Award at Istanbul. Her third film, WAITING FOR THE CLOUDS, the story of a woman forced to live for 50 years with the haunting secrets of a hidden identity, was awarded the NHK Sundance - International Filmmaker's award. Ustaoglu's fourth film, PANDORA'S BOX, the story of an old woman who suffers from Alzheimer's disease won Best Film and Best Actress at San Senastianand was released theatrically in many countries. Ustaoglu's last film ARAF, the story of two young people whose lives are caught in a vacuum, won Best Film prize in Abu Dhabi, Best Performance at Moscow 2morrow Festival, Best Actress at Tokyo Film Festival, Special Jury Award for Best Actress Award in Pune Film Festival.