An ominous dream convinces 77-year-old Dayanand Kumar his end could be near. He tells his son Rajiv, since he wants to breathe his last in the holy city of Varanasi and end the cycle of rebirth, attaining salvation. Being the dutiful son he is, Rajiv is left with no choice but to drop everything and make the journey with his stubborn father. Daya and Rajiv check into MUKTI BHAWAN (HOTEL SALVATION) in Varanasi, a guesthouse devoted to people who have come to die there. But as the days go by, Rajiv struggles to juggle his responsibilities back home, while Daya starts to blossom in the hotel. Rajiv gives his father a shot at salvation, but finds himself torn, not knowing what to do to keep his life together. 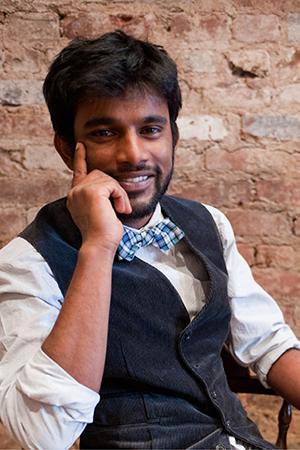 Shubhashish Bhutiani grew up in a small Himalayan town in lndia and attended Woodstock School, Mussoorie. He studied directing as an undergraduate at the School of Visual Arts, New York, graduating 2013. HOTEL SALVATION is his debut feature, premiering at Venice 2016, winning the Enrico Fulchignoni Award and UNESCO Gandhi Medal 2016 and being invited to Busan, Dubai, Sweden, Berlinale EFM and Vesoul, France, where it won the Critics' Choice Award. It was released theatrically in India and other countries in April 2017. His thesis film at SVA, KUSH, premiered at Venice 2013, where it won the Orizzonti Award for Best Short Film, was shortlisted for the Academy Award for Best Live Action Short 2014, and won over 25 international awards, including the prestigious National Award of the President of India in 2013. Forbes India recognized him in its 30under30 list in January 2017 for his achievements as a writer-director.