A life in the shadow: Agostino lives with his wife Nina and his son Giovanni at the foot of a mountain that rises up like a wall, blocking out the sun. The sunlight never reaches their fields below, now reduced to just stones and underbrush. Even though everything indicates they will have to leave, Agostino decides the destiny of his family is there, among the peaks. He is driven not only by stubbornness, but by his conviction that our roots cannot betray us and that with our spirits, we can bring sunlight to every destiny. 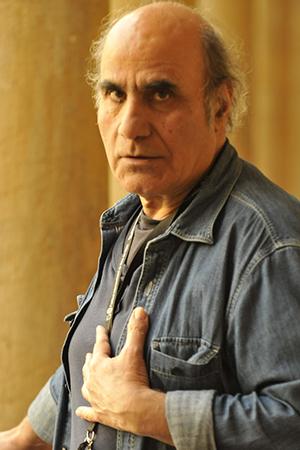 Since the 1970s, Amir Naderi has been among the most influential figures of New Iranian Cinema. He entered the international spotlight with cinema classics such as WAITING (1974), awarded the Jury Prize at the Cannes children's film festival, THE RUNNER (1985) and WATER, WIND, DUST (1989), which both won the Golden Montgolfiere at Three Continents Festival in Nantes. The first prominent Iranian director to expatriate in the mid '80s, Naderi's American films uniquely captured the vanishing texture of New York. SOUND BARRIER (2005) won the Roberto Rossellini Critics' Prize at the Rome Film Festival. VEGAS: BASED ON A TRUE STORY, premiered in competition at Venice in 2008. CUT was shot in Japan and premiered as the Opening Film of the Orizzonti section of Venice in 2011, later winning the 21st Japan Professional Film Awards for Best Director and Best Actor. Naderi's work has been the subject of retrospectives at museums and film festivals around the world, including the Film Society of Lincoln Center, Busan, and Torino. He has served on international juries including Jury President for the Competition section of Tokyo FILMeX in 2011 and the Orizzonti section of Venice in 2012.