Sophia Meyer is a singer, and has charmed the world with her unmatched operatic soprano and sublime beauty, becoming a living legend. But after a lifetime of mesmerizing the audience, she decides to culminate her career with one last, crowning triumph. She returns to opera, where her rise to fame once began, as she starred in Pyotr Tchaikovsky's “The Queen of Spades” – and ventures forth to gather resources that will allow her to stage a completely new version of the classical production, something to outshine all the preceding renditions. But a great success demands great sacrifice. Sophia is prepared to go to any lengths to win back her former glory. 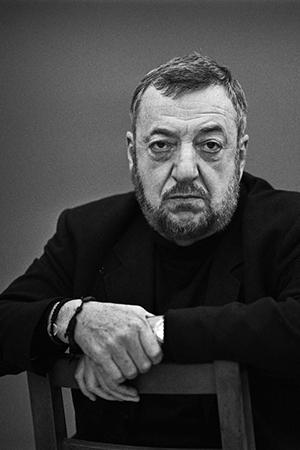 Pavel Semyonovich Lungin (born July 12, 1949) is a Russian film director. Born 12 July 1949 in Moscow, Lungin is the son of a scriptwriter and linguist. He graduated from Moscow State University in Linguistics in 1971 before studying screenwriting at VGIK. Lungin worked primarily as a scriptwriter until given the opportunity to direct TAXI BLUES at age 40, which won Best Director at Cannes 1990. His next film, LUNA PARK, would also compete at Cannes 1992. He was the librettist for Nikolai Karetnikov's opera “Till Eulenspiegel” (1983) and Karetnikov's oratorio “The Mystery of St. Paul”. In 2006 he directed the religious film THE ISLAND which closed the 63rd Venice International Film Festival. Lungin was awarded People's Artist of Russia in 2008. In 2009 he was the President of the Jury at the 31st Moscow International Film Festival. In March 2014 he signed a letter in support of President Vladimir Putin on Russian military intervention in Ukraine.