In the first years of this Century, history was made in the back seat of car when Tony Blair invited the Ulster Unionist leader Ian Paisley and former IRA commander Martin McGuinness to Scotland. It wasn't the meetings at the conference table that brought the two men together, however, but the ride to and from the airport, at least as Nick Hamm's film would have it. An hour with no leg room and close proximity to the archenemy. Who wouldn't be ready to make Peace at some point? 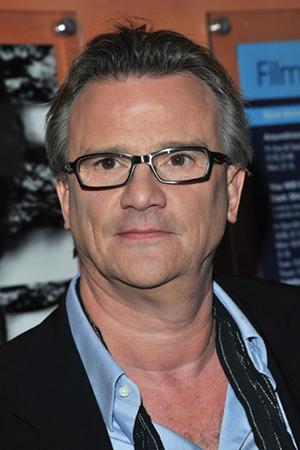 Nick Hamm, born in Belfast 157, directed for the stage and was in-house director for the Royal Shakespeare Company. His feature debut THE BOTTOM LINE (1989) starred Arthur Miller and Dustin Hoffman, among others. He won a BAFTA Award for Best Short for THE HARMFULNESS OF TOBACCO 1992. He shot genre films like THE HOLE (2001) or GODSEND (2004), and romcoms like MARTHA MEETS FRANK, DANIEL & LAURENCE (1998). With his own production co., Momentum TV, Hamm shot series ROGUE (2013-2014) and FULL CIRCLE (2013-2015).