THIS IS OUR LAND
Filmfest 2017

Paulien has a pronounced social streak: She takes care of her patients as a nurse, her two kids and her old dad. Since she's so popular, the right-wing party Le Bloc asks her to run for town hall. Pauline is really a leftist, but feels tickled by the offer – and lets the charismatic Bloc leader Agnès Dorgnelle lull her in. The film by Belgian director Lucas Belvaux evokes the Front National in France and its leader Marine Le Pen. 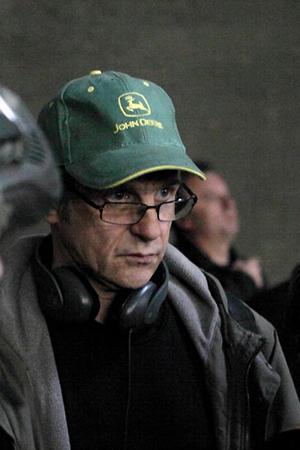 Lucas Belvaux was born November 14, 1961 in Namur, Belgium. After spending his childhood in the countryside, he decided to move to Paris to become an actor. After a few month of acting classes, he landed a part in a TV movie, followed by his first feature film, ALLONS Z'ENFANTS by Yves Boisset. Ten years later, he wrote and shot his first film, PARFOIS TROP D'AMOUR (1992).