HEMA HEMA: SING ME A SONG WHILE I WAIT
Filmfest 2017

Somewhere deep in a forest of Bhutan, there is a gathering every twelve years of men and women chosen by the “Old Man” to enjoy a few days of anonymity. Masked silhouettes participate in rituals, performances and dances. Faceless, the men and the women allow themselves to be lascivious, playful and daring. One man attends this event for the first time and enters the experience like a new born. He stumbles clumsily through the first days, but quickly adapts, and when he spots Red Wrathful, he becomes totally intoxicated with her. But his desire will lead him down a dangerous path. 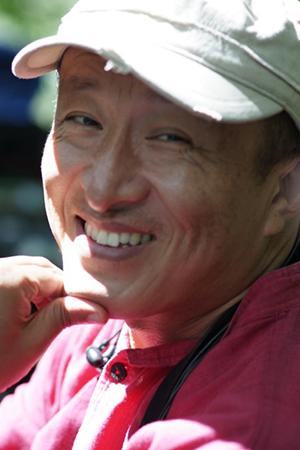 Born in 1961 in Bhutan, Khyentse Norbu (a.k.a. Dzongsar Khyentse Rinpoche) was recognized as the main incarnation of the Khyentse lineage in Tibetan Buddhism. Trained in all main schools of Tibetan Buddhism, Khyentse Norbu also studied in the USA, majoring in politics and filmmaking. He served as consultant to Bernando Bertolucci on the film LITTLE BUDDHA. In 1999, Khyentse Norbu made his directorial debut, and Bhutan's first film, THE CUP.