17-year-old Kevin, sentenced for violent behavior, is just let out of prison. To start anew, he moves in with his aunt and her family and begins an apprenticeship at her store. Quickly he adapts to his new home and gets along well with his cousin Sammy, in his last year of high school. Through Sammy and his friends, Kevin meets John. Upon discovering John's unbearable situation with his mother, Kevin feels the urge to help his new friend. One evening fate intervenes and questions of betrayal trust and loyalty start to direct their daily lives more than ever. 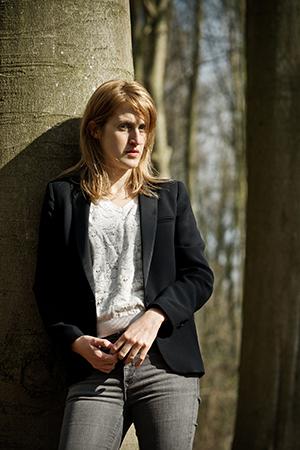 Fien Troch is an award-winning Belgian film director and screenwriter, who graduated from Sint-Lukas art academy in Brussels in 2000. Her first full-length film SOMEONE ELSE’S HAPPINESS screened at Toronto and San Sebastian in 2005, winning the Golden Alexander and Best Screenplay at Thessaloniki. Her second film UNSPOKEN received the André Cavens Award for Best Film by the Belgian Film Critics’ Association (UCC) and won Best Actress at Torino. Her third film KID won the Eurimages Award for Most Promising Project in Rotterdam and the Student’s Award at the Paris International Film Festival. Her latest feature HOME (2016) won Best Director at Venice and screened at Toronto, winning Best Score and two Audience Awards at Gent.