Isolated and abandoned, surrounded by decaying sport venues, the Athens Olympic Village is a near-deserted place today, its only residents a few working class families offered free housing after the 2004 Games. Stuck inside the Village, a group of boys wander the ruins, playing distorted versions of Olympic Games and breeding dogs for money. The oldest of the gang, Dimitris (17), wants to escape the Village for the classy seaside resorts on the outskirts of Athens along with Anna, a retired athlete of 22. As they penetrate more and more into the lives of the foreign tourists on their visits, Dimitris' desire for acceptance is tested in brutal ways. 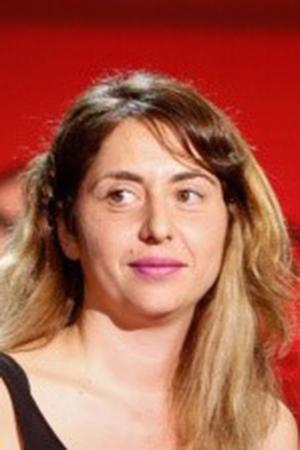 Sofia Exarchou was born in Athens, where she received degrees in Electrical Engineering and Film Studies. She studied theatre at the Stella Adler Studio in New York and pursued post-graduate film studies in Toulouse. She has been working as an assistant director in feature films and commercials since 2004. She has written and directed two short films, DISTANCE and the award-winning MESECINA. In 2014, she was selected for the Sundance Screenwriter's & Director's Lab. PARK, her first feature film, premiered at Toronto and San Sebastian, where it won the New Directors Award. It went on to win awards at numerous international film festivals (Rotterdam, BFI).