THE AGE OF SHADOWS
Filmfest 2017

In the 1920s, Korea is under Japanese rule. Jung-chool Lee, a Korean police captain in the Japanese police force, is given a special mission to infiltrate the armed resistance fighting for Korean independence. He approaches Woo-jin Kim, a leader of the resistance. These two men on opposite sides of their era, each knowing the identity and intentions of the other, become close without revealing what they’re thinking. Sensitive intel is being leaked on both sides, and no one knows who the informants are. Members of the resistance meet in Shanghai to obtain explosives to destroy the Japanese Headquarters in Seoul, while the Japanese police hunt them. The pursued and the pursuers are locked in a battle where each side uses the other and is thrown into a maze of secret plots and alliances. Meanwhile, a train carrying explosives crosses the border toward Seoul... 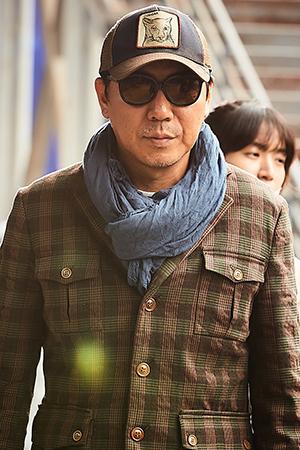 Jee-woon Kim, born in Seoul in 1964, is one of South Koreas most well-known filmmakers. In 1998, he made his debut THE QUIET FAMILY, a black grotesque. In 2003, he shot horror thriller A TALE OF TWO SISTERS. Eastern THE GOOD, THE BAD, THE WEIRD once again showed off his talent for comedic genre mixes. I SAW THE DEVIL was his international breakthrough 2010, a hard-boiled revenge thriller. THE LAST STAND starring Arnold Schwarzenegger was Kim’s Hollywood debut 2013.