THROUGH THE WALL
Filmfest 2017

Michal is 32 years old. She became religious 12 years ago, and now is she getting married. A month before the wedding, while checking out the catering for the event, her groom has a change of heart and calls off the wedding. Michal feels unable to go back to ordinary life, to the usual course of courtship. She feels this is the moment to change something very basic in her personality. She decides to trust in the benevolence of the Creator, and go ahead with the wedding in one month, even though she doesn’t have a groom yet: "I have the venue, the dress, the apartment; God can easily come up with my groom". 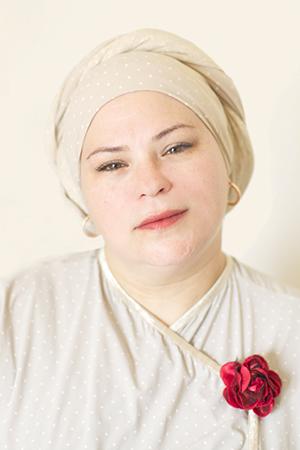 Rama Burshtein was born in New York, USA in 1967, and raised in Israel. She graduated from Sam Spiegel Film and Television School, Jerusalem in 1994. During those years Rama became deeply religious and upon her graduation she dedicated herself to promoting film as a tool for self-expression in the Jewish Orthodox community. Rama wrote, directed and produced films for the Orthodox community, some of them only for women. She was also teaching directing and scriptwriting in various film and television institutions within the Orthodox community, including Ma'ale Film School, Yad Benjamin Film School for Women, and Ulpena Arts School, Jerusalem. FILL THE VOID was her first feature film and screened in competition at Venice, where Hadas Yaron won the Coppa Volpi for best actress. The film was shown at numerous other international film festivals including Sundance, New York and Toronto. The film won 7 Israeli Academy Awards including the award for Best Picture. THROUGH THE WALL is her second feature film.