When a married couple decides to move to France with their young daughter for a few months, they ask a distant cousin, Martin, to housesit and take care of their cat. At 40, Martin has no kids, no wife, and no job. Despite Martin's brooding and strange demeanor, the family dismisses any doubts they have and leave the house in his care. Left to his own devices, Martin spends his days indoors chain-smoking, looking through their belongings, trying on their clothes, and moving the furniture around how he likes. Slowly, Martin becomes seduced by the idea of family life, treating the house as if his own. One day, the cat goes missing. Martin goes out searching for him and falls for Pachi, an attractive single mother. He brings her to the house and wins her over by posing as a divorcee who doesn't get to see his daughter because of his vindictive ex-wife. Before long, Pachi starts bringing her young son over to the house, turning their casual fling into domestic bliss. As the imminent return of the real family gets closer and closer, Martin's pseudo-family begins to unravel. 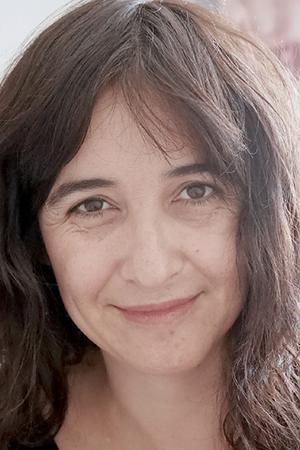 Alicia Scherson (first photo) was born in Santiago, Chile, in 1974. After graduating as a biologist, she studied filmmaking at Escuela de Cine de Cuba (EICTV). She then received an MFA from the University of Illinois in Chicago. In 2003, she founded production company La Ventura. Alicia's debut, PLAY (2005), won multiple awards including Best New Narrative Filmmaker Award at Tribeca and the Independent Camera Award at Karlovy Vary. Her second film, TURISTAS (2009), premiered at Rotterdam and won the New Director's Showcase Award at Seattle. Her latest film, IL FUTURO (2013), was an adaptation of Roberto Bolaño's “Una novelita lumpen” and premiered at Sundance. The film also won the KNF Prize at Rotterdam.

Cristián Jiménez (second photo) was born in Valdivia, Chile in 1975. Before becoming a filmmaker, he studied sociology. His latest film LA VOZ EN OFF (VOICE OVER, 2014) premiered in Toronto and San Sebastián. He also wrote and directed BONSAI (2011), which premiered in Cannes, Un Certain Regard, AND ILUSIONES OPTICAS (OPTICAL ILLUSIONS, 2009), which premiered in San Sebastián. He directed award-winning TV series EL REEMPLAZANTE (THE SUBSTITUTE TEACHER, 2012-13) and more recently BICHOS RAROS (WEIRDOS), a series co-produced by Chile and Argentina. As a child, he dreamt of being a stand-up comedian.