The rapid-paced changes gripping the world, leaves an elephant cold. Maybe that's why Thana, freshly unemployed Bangkok architect, is so attached to his childhood buddy Pop Aye, purchasing him from a street vendor and heading out for his native village with his portly pachyderm – away from the noise, stress and competition of the capital. The fact his country home turns out to be less romantic than expected is one of the many realistic observations which earned the screenwriting award in Sundance for Singaporean filmmaker Kirsten Tan. 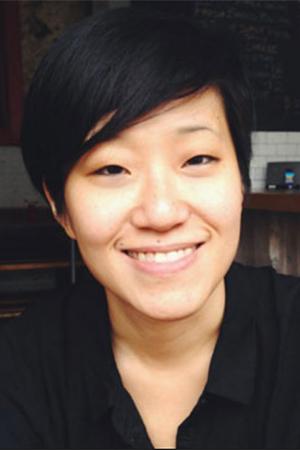 Kirsten Tan's works have screened at film festivals in Singapore, Rotterdam, Toronto, and Busan. Spotlighted by CNN's "Ones to Watch," she has received numerous international awards, including Best Southeast Asian Short Film for DAHDI (2014), and Best Director for FONZI (2007) at the Singapore International Film Festival. Her debut feature, POP AYE, developed at Berlinale Talents, TorinoFilmLab, where it won the Production Award, and Cannes Atelier, premiered in competition at Sundance 2017, where it won Best Screenplay.