Amelie (13) doesn't let anyone tell her what to do, least of all her parents, who ship her off to a sanitarium in the mountains after another asthma attack. Just what Amelie definitely doesn't want. Instead of getting help at the clinic, she runs off to a place where no one would expect to find her: the top of a mountain. Focused on trying to find a hiding place in the mountains, Amelie meets a quirky boy named Bart. When Bart saves her life, Amelie realizes he’s actually a lot cooler than she first thought. Learning of Amelie's illness, Bart tells her about an old tradition that takes place that time a year, the Alp Mountain Fires. They’re miracles, which allegedly help cure the sick: humans and animals. The kids take off on an adventurous journey of hope and true friendship on a mission to get to the fires in time.

Age rating 6, recommended for ages 10 and up 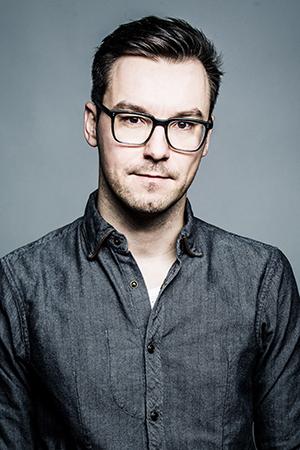 Tobias Wiemann was born in Greifswald in 1981. He interned at the theater and studied audio and video production at the New Media Institute in Rostock. He worked in development, as cameraman and editor at United Motion film & video production 2003 to 2008, and for Til Schweiger’s Barefoot Films 2008 to 2013. He wrote and directed his feature debut GROSSSTADTKLEIN 2013, followed by ARD fairy tale adaptation THE BOY WHO SET OUT TO LEARN FEAR 2014. Wiemann premiered MOUNTAIN MIRACLE at Berlin, winning Honorable Mention in the “Generation Kplus” sidebar.