In October 1988, 14 men were murdered by the Venezuelan military in El Amparo, a village near the Arauca River. The victims were fishermen, but the military claimed they were guerilla fighters. This painful atrocity and its tumultuous aftermath are the subject of Rober Calzadilla’s haunting first feature. Based on a play by Calzadilla and scriptwriter Karin Valecillos, EL AMPARO invests much time in its characters, their relationships and way of life, while, in a masterstroke of directorial judiciousness, the massacre itself is elided, its horrors left to our imagination. This is a profound meditation on how communities contend with outrage and grief, and the troubling question of who gets to control historical truth. 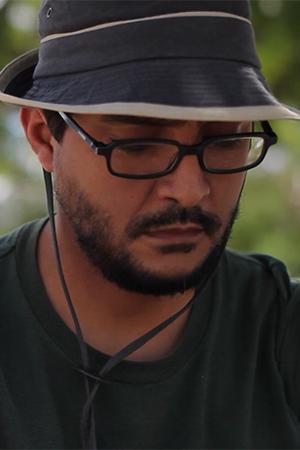 Rober Calzadilla is an actor, screenwriter and director. He trained at the Juana Sujo School of Performing Arts and the Central University of Venezuela School of the Arts. His directorial credits include the mid-length EL PAÍS DE ABRIL (2013) and EL AMPARO (2016), his feature debut.