Simon, a midlife man in designer pajamas, tinted lenses in his spectacles, is a world-famous artist. He is still in favor with the (younger) ladies and lives and works in an enormous studio in an old factory in Copenhagen, with lots of assistants who take the painting work off his hands. It’s a place where work and private life meet and mingle, even more so when his adult son, Casper, moves in with him. Father and son never knew each other. To the great disappointment of Simon, Casper is not only attractive but also an artist, and a talented one at that. Simon is suspicious. What are Casper’s intentions? Attention, paternal love or revenge? Charlotte Sieling skillfully augments a classic father-son drama with suspense and humorous commentary on today’s art world. Art offers a glimpse into the soul, but can also be a confrontational mirror. And to create great art, you have to make sacrifices. 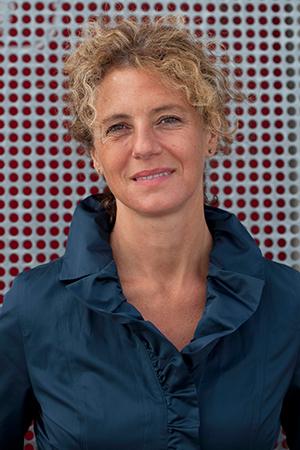 Charlotte Sieling, born 1960, directed numerous popular and award-winning TV series in the past years. She graduated from Danish National School of Theatre as an actress in 1985 and 1995 from the National Film School of Denmark in screenwriting. During the '90s she had a promising career as a stage and film actress (Best Actress Award in Varna, Bulgaria for LOVE ME, LOVE ME NOT, 1995) before taking up directing. In Denmark she's primarily known as the director of Danish family saga BETTER TIMES, which was her popular breakthrough. Directed countless episodes of TV series such as Emmy-winning UNIT 1 and THE KILLING. She was showrunner director on the first four episodes of Danish/Swedish crime series THE BRIDGE, which won the International TV Dagger Award 2012 in London and a BAFTA nomination. She was also head director on the first 2 episodes of Season 3 of BAFTA-award winning Danish series BORGEN. She went to LA to direct an episode of US TV Series GRACELAND, followed by episodes of THE BRIDGE (US), WHITE COLLAR (NY), THE AMERICANS, TYRANT, THE STRAIN, HOMELAND and as head director on QUEEN OF THE SOUTH (2016). She released her first Danish feature film since 2009 in fall 2016 - MESTEREN, which she wrote and directed. Her feature film debut ABOVE THE STREET, BELOW THE WATER, released in 2009, starred some of the finest actors in Denmark - a story about 3 couples' intertwining lives in Copenhagen.