12-year-old Niilas lives in Belgium with his dad. He hasn't seen his mother for a long time. Now, it's time for him to go visit her and her new family in Northern Sweden. But the boy isn't happy about it at all. Not even the herd of reindeer the family owns piques the city boy's interest. When a reindeer calf goes missing, her recognizes how important the animals are to his little half-brother. He sets out in search of it. 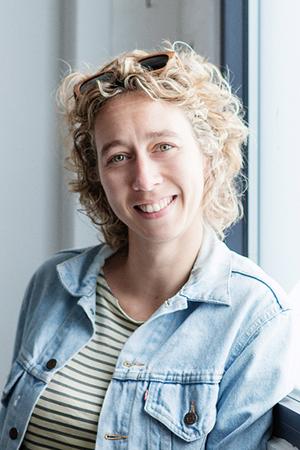 Meikeminne Clincksoor was born in Ghent (Belgium) in 1984. She decided she wanted to make children's movies when she was very young. After a theatre education in Amsterdam, she enrolled at KASK film school in Ghent 2004, where she graduated in 2009 with her short film for children THE WISHING TREE backed by Jekino Distribution, a Belgian distributor for quality children’s films. She wrote and directed shorts for children and won numerous awards. The last one was KI, which premiered at Cinekid 2015.