“Those who only have one day have only 24 hours to find happiness.” If only Boar and Fox had run away instead of watching the little mayfly hatch. Now they realize how absolutely enchanting the young fly is. But who'll tell her she only has one day to live? Instead, they tell her Fox is the one who is doomed. With great empathy for her new friend, the hatchling decides the joy of a whole life must fit into a single day! A timeless fable about the meaning of life and the precious gift of friendship. Multihyphenate Martin Baltscheit wrote the hit book, play and audio book of the same title. In his cinematic debut, he tells the story of Boar, Fox, and Mayfly with real actors but without costumes. A delightful film for children and adults. With Aljoscha Stadelmann as Boar, Lars Rudolph as Fox, Karoline Schuch as Mayfly, and Anke Engelke as the moody mayfly who spends what little time she has counting down the hours of her short life.

Age rating 0 pending, recommended for ages 5 and up 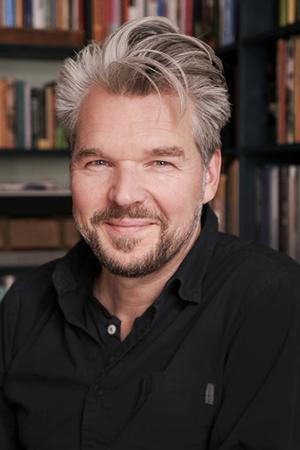 Martin Baltscheit, born in Düseldorf 1965, majored in Communications Design at Folkwangschule Essen. He has written over 40 children’s and picture books, often in the form of a fable. He has worked as an illustrator, voice actor and radio play author, and directed internationally for the stage. His awards include the German Young Adult Literature Prize and the German Children’s Theater Prize. He staged ONLY A DAY for the theater in 2010, and voiced it as an audio play, which Hessian Broadcasting HR voted Audio Book of the Year. Published in 2015, the illustrated book version has sold over 20,000 copies. Baltscheit won the German Short Film Prize 2014 for his animated short DIE NACHT DES ELEFANTEN. The live action adaptation of ONLY A DAY is his theatrical feature debut.