A plastic sheet covers the eyes of the Virgin Mary in the mine near Karl's house. At her feet lie three dead people, all old, all rich. As rich as you can be in the Bavarian backwoods when the major employer in town has folded, a paint factory. Karl puts his chemistry to different use now, making synthetic drugs, while Hubertus has huge debts to shady Austrian hoods. Iris has a degree, but still doesn't have a job. So the demise of the village elders is actually quiet convenient for the hicks, especially if they can cover up their deaths, collect their pensions and alter their wills to substitute Iris for the intended charities. But the dead men's handwriting isn't so great anymore, and the villagers will have to come up with stand-ins. As the plan goes haywire, the corpses start piling! 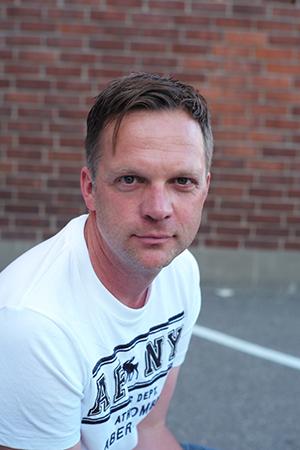 Matthias Kiefersauer, born in Wolfratshausen in 1973, joined the writing team of famed BR youth format "Live aus dem Alabama" when he was 21, and went on to study documentary filmmaking at Munich film school HFF, discovering his predilection for drama and attending the Münchner Drehbuchwerkstatt (Munich Script Workshop). Since 2006, he's worked entirely in drama, shooting mysteries, dramas, romances and comedies. He directed all 26 episodes of series FRANZI, which was nominated for the German TV Prize 2009 and the Grimme Prize 2010. And he is one of the few German directors with a license to coach football.