In St. Andreasberg in the Harz Mountains, life has a more leisurely pace. It's even a change of pace for village constable Frank Koops when a stolen bicycle shows up that's been missing for years, or he misses the bulls' eye by an inch at target practice. But then the mob suddenly shows up in town, along with crooked feds, raiding the hideout of an important witness in the protection program here. His former flame Christiane "Snuggles" Kuschnereit, who is in charge of the witness's security, tells Koops the target is hidden somewhere else. Now it's up to Koops to escort the young woman to her court date safely… 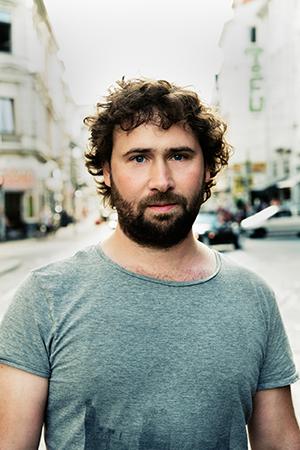 Florian Baxmeyer was born in Kettwig in 1974, now a part of the city of Essen. He studied sociology in Cologne and film at University of Hamburg from 2000 to 2002. He won a Student Oscar for DIE ROTE JACKE (THE RED JACKET) 2003, which was also nominated for an Academy Award as Best Short 2004. He shot his first feature film MÖRDERISCHE ELITE (MORTAL ELITE) 2003 and his first theatrical release DIE DREI ??? – DAS GEHEIMNIS DER GEISTERINSEL (THE THREE INVESTIGATORS AND THE SECRET OF SKELETON ISLAND) 2007. He shot several installments of TATORT (SCENE OF THE CRIME), most recently NACHTSICHT ( NIGHT VISION) for Radio Bremen.
Close