After Sophie and Jessica witnessed a brutal crime when they were kids, Jessica promised her younger sister Sophie: "I will always protect you!" As they grew older, this promise became an obsession. Now, Jessica (28) suffers from paranoia and sees a threat to her and her sister everywhere. But Sophie (26) just wants to live a normal life without fear, without her sister, wants to become a pianist, wants to fall in love. When the perpetrators are released from prison after 20 years, Jessica is shocked and wants to confront them. But an accident changes everything. Jessica’s promise to always protect her little sister turns into an life-threatening nightmare. 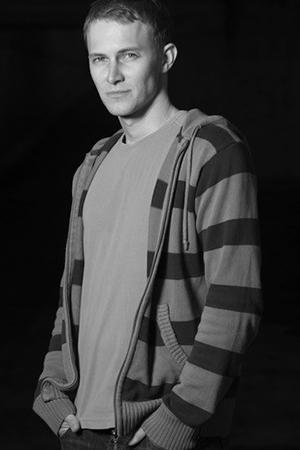 Oliver Kienle was born in Dettelbach, Germany in 1982 and began writing, drawing and composing when he was young. He majored in German lit at Würzburg while interning in film and video production, before enrolling at Filmakademie Baden-Württemberg in film directing 2004 to 2010. His graduating film BIS AUFS BLUT was his first feature and won more than 15 awards, including the Audience Award at the Max Ophüls Film Festival, the First Steps Award 2010 and the Studio Hamburg Newcomer Director Prize. After shooting SCENE OF THE CRIME: HAPPY BIRTHDAY, SARAH 2013, he served as head writer for international series BAD BANKS directed by Christian Schwochow, scheduled to premiere early 2018. FOUR HANDS is his second theatrical film.