Daphne works as a cook at a London restaurant. She’s single, sharp-tongued, hard to deal with. Along with a few flirts, she’s busy dealing with her mother, who has cancer and wants to make up to her. When Daphne becomes witness to a stabbing, her life is thrown off-kilter. A gripping portrait of a woman, with an impressive performance by newcomer Emily Beecham. 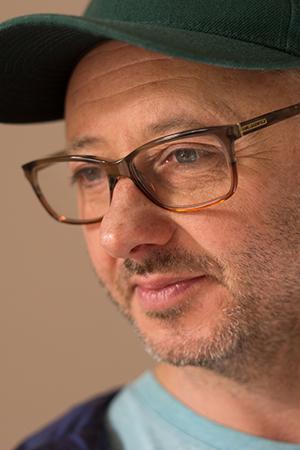 Peter Mackie Burns won the Gold Bear at Berlin 2005 for short MILK, which went on to screen at over one hundred international festivals. His next short, RUN, starring Paprika Steen (FESTEN) was produced by BBC. He shot TV movie THE SPASTIC KING for Channel 4. His first feature doc COME CLOSER about the private life of various Glaswegians premiered at London Open City Documentary Festival 2012. Emily Beecham featured in his last short HAPPY BIRTHDAY TO ME, and now plays the lead in DAPHNE (2016).