A young lad struggling with Caesar in Latin – a normal occurrence, were he not on the verge of the final medical check-up before being drafted into the Waffen-SS in the summer of 1944. Five boys ogle a pretty blonde girl in the pool, two of them try to impress her by jumping off the high tower: Boys will be boys, even as catastrophe looms. A year later, only three of them return home to a world that has thrown them to the dogs of war and now won't let them back in the door. Friedemann Fromm adapted Oliver Storz's autobiographical novel about surviving in brutal times. 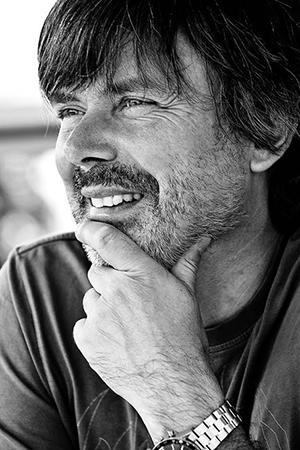 Friedemann Fromm was born in Stuttgart in 1963. After high school, he attended Munich film school HFF and participated in a Master Class at the European Film Academy with Krzysztof Kieslowski in Amsterdam. He attended the Actor's Studio in NYC, where he studied under John Costopoulos. He then taught directing at Cologne media academy KHM and worked as freelance writer and director, before making his breakthrough episode CLASS STRUGGLE (1994) for the German television series TATORT (SCENE OF THE CRIME), which he also penned. His historical series DIE WÖLFE (THE WOLVES OF BERLIN, 2009) and WEISSENSEE (2010) have won numerous awards. He currently co-chairs the directing department at Hamburg Media School with Stefan Krohmer.