Jürgen and Bernd have been looking for that special woman forever. Jürgen still lives with his mom, whom he takes care of, and Bernd has been in a wheelchair since he had an accident – they're both such loners they have a hard time finding a mate. The sketchy dating service Europ Love, which hooks up German men with Eastern European women, seems to be their only hope. Together with the boss of the company, his pretty interpreter, and four other bachelors, Jürgen and Bernd travel to Poland, learning a lot about themselves, each other and the difference between a glossy catalogue and the real world in the process. 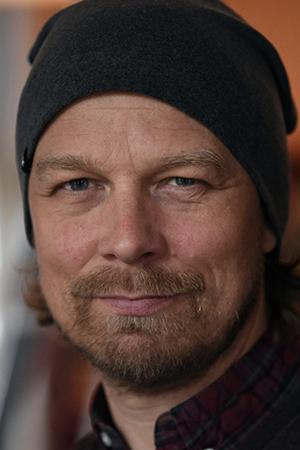 Lars Jessen, born in Kiel in 1969, is a producer and director. After his M.A. in history, political science and philosophy in Kiel and Cologne, he pursued postgrad studies in film and TV from Cologne Media Academy KHM, which he graduated from with a doc on former German president LÜBKE. De directed episodes of TATORT (SCENE OF THE CRIME) and MORD MIT AUSSICHT (A MURDER WITH A VIEW), and TV movies. He has directed five feature films which premiered at Berlin and other international festivals. He won the Max Ophüls Prize 2005 for AM TAG ALS BOBBY EWING STARB (THE DAY BOBBY EWING DIED). He directed DORFPUNKS (SMALL-TOWN PUNKS) 2008 based on the novel like Rocko Schamoni and the rock mockumentary FRAKTUS 2010. As a producer, he handled miniseries JENNIFER. He is also screening father-son comedy LEIDER VERWANDT (REGRETTABLY KIN) at FILMFEST MÜNCHEN 2017.
Close