WITH COMPLIMENTS FROM THE COMPANY
Filmfest 2017

K. arrives at the Castle, his resort-like company HQ, where a mannequin-like receptionist awaits him with new HR manager John, who's downsizing and outsourcing like crazy among Adam Krusenstern's co-workers. Or as he puts it, he's challenging their parting tolerance. A snot-nosed, young and upwardly mobile intern hangs around, too, and a mysterious outside consultant lady who inspects the luxury office rooms inscrutably. The new team is due soon. Then, Krusenstern will definitely find out what it's all about, and what's in store for him on this weekend. For the moment, all we know is "Our most important product is the future". A bizarre and intimate satire based on a play by Lutz Hübner and Sarah Nemitz. 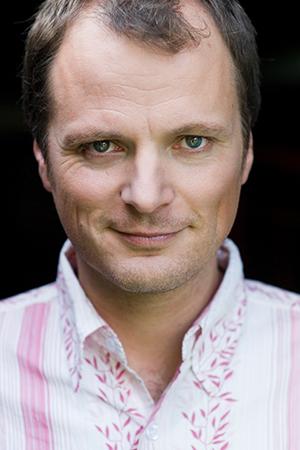 Paul Harather was born in Vienna suburb Mödling in 1965. He earned his high school degree from the Urban School of San Francisco, enrolled in Vienna University of Music and Performing Arts (mdw), and began directing films professionally as a student. After graduating, he shot black comedy INDIEN (INDIA) in 1993, which became a cult film in Austria and Germany. After shooting commercials for major companies like Nestlé and BMW in the '90s, he founded his own production company “Breitwandfilm” in 2006, concentrating on fictional drama for TV and cinema again. He shot 23 episodes of TV series SCHLAWINER (DODGER) and is co-author and producer of East Germany satire SEDWITZ (2005). Harather most recently screened BLÜTENTRÄUME (DREAMS OF FLOWERS) at FILMFEST MÜNCHEN 2015, which was also based on a story by Lutz Hübner and Sarah Nemitz.