Emily Martin (Noël Wells) is a struggling 20-something who moved to Los Angeles to pursue a career in comedy after graduating college in Austin, Texas. When a loved one falls sick, she returns to Austin and runs into her ex-boyfriend, as well as his amazing and intimidating new girlfriend. Low on funds and stuck in Texas for the weekend, Emily stays with the two of them in her old, but miraculously remodeled house. She quickly finds her way into the circle of a local female badass who shows Emily a good time and tries to keep her from spinning out as she goes toe-to-toe with the new girlfriend, all the ways her ex has changed, and ultimately, her own choices and guilt about leaving the past behind. 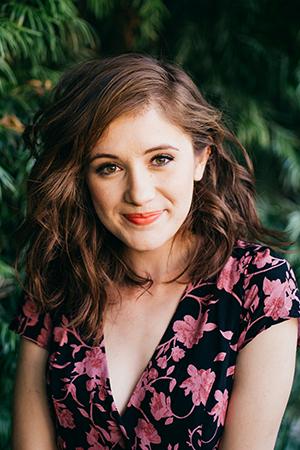 Noël Wells is an actress, writer, and director based in LA. In Film, she recently finished her directorial debut MR. ROOSEVELT which premiered at SXSW. Beachside Films produced, Noël wrote the script and also stars. She recently co-starred in the indie comedy HAPPY ANNIVERSARY opposite Ben Schwartz as well as F*CKING PEOPLE opposite Josh Radnor and produced by Mason Novick. Noël is also featured in Jim Strouse's movie THE INCREDIBLE JESSICA JONES opposite Jessica Williams, Chris O'Dowd and Keith Stanfield, which premiered at Sundance and will be distributed by Netflix. She also can be seen in Robert Schwartzman's film DREAMLAND, which premiered at Tribeca earlier this year, and FOREV which premiered at the LA Film Festival. On TV, Noël can be seen starring opposite Aziz Ansari in the Emmy-nominated Netflix series MASTER OF NONE. She is also currently developing a show at Comedy Central as creator/writer/star, tentatively entitled POWER COUPLE. Noël was a featured player on “Saturday Night Live”, where she broke out with her spot-on celebrity impressions including Lena Dunham and Emma Stone. Originally from Texas, she was discovered from her sketch and parody videos which have garnered over 12 million hits on YouTube.