Tom of Finland is a beautiful and thrilling true story about a Finnish artist Touko Laaksonen and his journey to international success. In the film, Touko returns home after serving his country in World War II. But post-war Finland is a bleak and moralistic place where homosexuality is illegal, so Touko has to be furtive about his sexual encounters. To amuse himself and his friends, Touko starts to draw muscular, free and proud gay men who are uninhibited. These drawings are forbidden and dangerous in Finland, so they must be kept secret. Even his sister Kaija doesn't know what he's drawing. During the day, Touko leads a regular life working in an advertisement agency. He then falls in love with a dancer, Veli Mäkinen. The drawings lead Touko to Berlin and from there to Los Angeles, where his friends help his art become a success. His works, signed with Touko's ar tist name 'Tom of Finland', become widely popular and fan the flames of the gay movement. Tom of Finland's art is timeless and world famous. 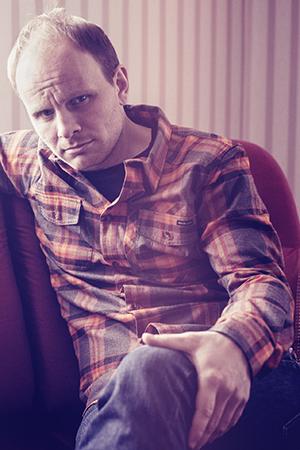 Dome Karukoski was born 1976 in Nikosia, Cyprus. In 2013, Variety named him one of the Top 10 Directors to Watch. Six of Karukoski's feature films have garnered a total of 33 Jussi Awards, Finland's premier film prize. He has been nominated for the Best Director Jussi for each of his films. Karukoski won the Jussi for Best Director for his films THE HOME OF DARK BUTTERFLIES and LAPLAND ODYSSEY. Three of his films have received the Audience Jussi Award. Karukoski's films have amassed numerous international accolades and sold to every continent.