A small town in Germany in the early 70s. Hille, the son of the local preacher, tries for the second time to graduate high school. Despite sophisticated efforts at memorization, he knows he won’t succeed this time either. At the same time other, more ominous problems occur: a choir girl thinks he impregnated her. His sister Dimuth, allegedly a successful model, returns from Rome followed by her pimp. The Silesian bell festival his father is planning threatens to become a political disaster. The impending doom spreads. Dimuth’s former classmate Uli, an apprentice at the local sewage plant, discovered tumorous swans and dead fish in the river, then drowns mysteriously in its polluted waters. Two students hiding in the bell tower of the church plan a terror attack. 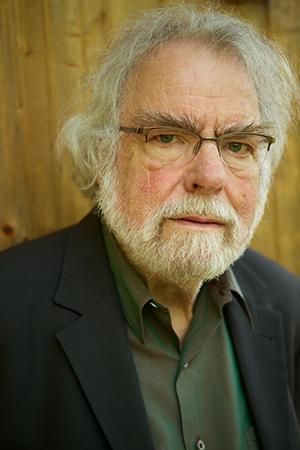 Peter Fleischmann was born in Zweibrücken in 1937 and studied film at HFF predecessor DIFF in Munich, and then at IDHEC in Paris. He became one of the leading directors of the German New Wave in 1969 with HUNTING SCENES FROM BAVARIA, and founded Hallelujah Film with Volker Schlöndorff. He was elected head of the European Director's Guild 1980. DOROTHEA'S REVENGE (1974) was a critique of the porn industry, political thriller WEAK SPOT starring Michel Piccoli and Mario Adorf was about life under a military dictatorship. Science-fictioner HARD TO BE GOD (1990) dealt with a scientist's dilemma on a strange planet. His most recent film was MEIN FREUND, DER MÖRDER (2006), a long-term doc about burglar and safecracker Bernhard Kimmel.