ROADSIDE DINER - IN SEARCH OF THE MEANING OF LIFE
Filmfest 2017

A multimedia web series about a mundane place of transit: An old rest stop on the highway. Cars race by, but many people pause for a while in the little diner with the big parking lot in order to ponder the great questions of life: Love, death, friendship, family – or the quality of their bratwurst. Director Christian Lerch portrays the haunt and its haunters. 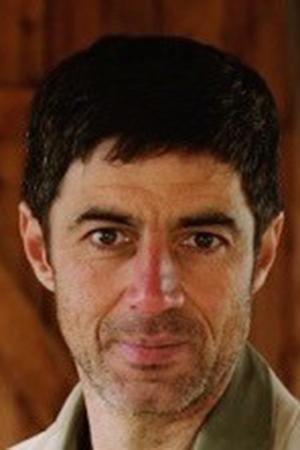 Christian Lerch was born in Wasserburg March 6, 1966. He studied drama in Graz, Austria and went on to act on the stage at the Munich Volkstheater and Kammerspiele before getting TV roles (ROSENHEIM COPS) and starting to write screenplays: He co-wrote the hit GRAVE DECISIONS with director Marcus H. Rosenmüller (2006) and had his directing debut 2012 with quirky comedy WAS WEG IST, IST WEG. He also wrote RÄUBER KNEISSL (BAVARIAN OUTLAW) for Rosenmüller (Filmfest 2008) and RICO, OSKAR AND THE PASTA DETECTIVES (Filmfest 2014). His webseries B12 will have its world premiere in Munich.