LOMO - THE LANGUAGE OF MANY OTHERS
Filmfest 2017

The Schalckwyck Family lives in a wealthy part of Berlin. Mother Krista and Father Michael want to provide all the opportunities they can to their kids Karl und Anna, twins who are facing the final high school exams. While ambitious Anna already knows what she wants to do with her life, Karl spends all his time on his blog "The Language of Many Others", where he also posts family photos, straining his relationship with his dad. When Karl falls in love with fellow student Doro, he thinks he's finally found what he's looking for. But it doesn't last. Disappointed, Karl starts playing a dangerous game with his followers, letting them into his life more and more, giving his fans a say in his life – and in his death... 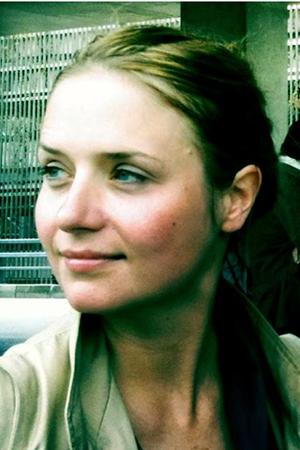 Julia Langhof was born in Berlin in 1981. She lived in New York City 2001-2003 after graduating from high school, studying drama at the Neighborhood Playhouse School of the Theatre. She moved back to Berlin and began working as assistant director for the stage. In 2006, she enrolled at Berlin film school dffb to study directing. He short films have screened at festivals including Hof and Cannes. LOMO is her feature debut, which she also wrote. She is currently working on her follow-up, BONNIE'S RANCH.