Ismaël Vuillard makes films. He is in the middle of one about Ivan, an atypical diplomat inspired by his brother. Along with Bloom, his master and father-in-law, Ismaël still mourns the death of Carlotta, twenty years earlier. Yet he has started his life over again with Sylvia. Sylvia is his light. Then Carlotta returns from the dead. Sylvia runs away. Ismaël rejects Carlotta. Driven mad by these ordeals, he abandons the shoot for his family home in Roubaix. There, he lives as a recluse, besieged by his ghosts. 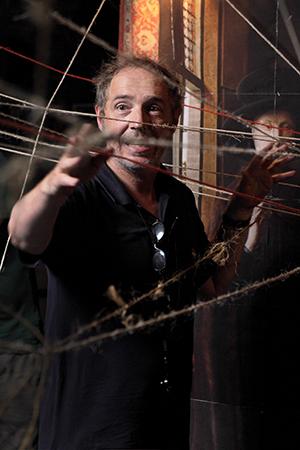 Arnaud Desplechin, born in Roubaix in 1960, is one of the leading auteurist filmmakers of current French cinema. He is a regular at Cannes, where he screened THE SENTINEL (1992), MY SEX LIFE... OR HOW I GOT INTO AN ARGUMENT (1996) and ESTHER KAHN (2000), as well as MY GOLDEN DAYS (2015), which also screened at Munich.