David Warwik is a struggling writer who has been toiling away at the same novel for years. His wife Jennifer is a hot young literary figure, who has just released a critically acclaimed work. When her publisher invites the couple to an artists' salon at his home in Connecticut, the pair embark on a twisted journey, and David must face his demons and try to "not be weird" among the waspy salon guests and competitive art set in attendance. He encounters a dentist with publishing aspirations, a book critic full of condescending advice, a fellow writer who may know his wife a little too well, an old "friend," and a high powered bipolar literary agent who just might be able to help him...for a price. 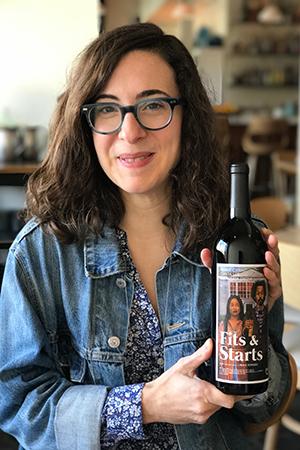 Laura Terruso, born in Brooklyn, New York is a Los Angeles based screenwriter, director and producer. She co-wrote the film HELLO, MY NAME IS DORIS, starring Sally Field, which premiered at SXSW and took home the Audience Award in the Headliners category. The feature is based on her short film DORIS & THE INTERN. Released by Roadside Attractions, it went on to become one of the top grossing indie films of 2016. FITS AND STARTS is her first feature film as writer/director. She attended NYU's graduate film program at the Tisch School of the Arts.