DO YOU SOMETIMES FEEL BURNED OUT AND EMPTY?
Filmfest 2017

Marriage counselor Luisa is happily married to Richard, but also has an affair with Leopold, Richard’s boss. Luisa can’t decide which of the two men she should choose, until she wakes up one morning and sees a second Luisa standing right in front of her, called Ann. After her initial shock, she starts to see the potential: Finally, she can run off with her lover Leopold, while Ann takes care of her husband Richard. A perfect foursome, or so it would seem. But then her husband starts to take a liking to the new sides of his wife, more than controlling Luisa can handle. 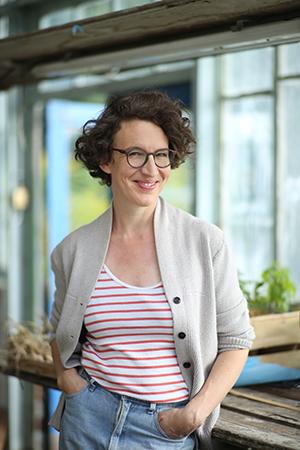 Lola Randl was born in Munich in 1980. She studied at Art and Media Academy Cologne 2001-2006 and participated in the Munich Screenwriting Workshop 2007, shooting several award-winning shorts. Her debut feature IN BETWEEN DAYS screened at Perspective German Cinema at Berlin 2008. LONLEY U starring Mario Adorf and Fritzi Haberlandt followed (Filmfest 2012), as well as THE INVENTION OF LOVE (Filmfest 2013), which had started shooting 2011 but was interrupted by the tragic death of lead actress Maria Kwiatkowsky. Ranld had to rewrite the project to compensate for the female lead's absence, turning it into a dark commentary on showbiz. She lives and works in a little town in Brandenburg's Uckermark, where she shot doc series LANDSCHWÄRMER, whose second season aired Dec. 2015. She is currently adapting LANDSCHWÄRMER as a dramatic theatrical feature.