Zhenya and Boris are going through a vicious divorce marked by resentment, frustration and recriminations. Already embarking on new lives, each with a new partner, they are impatient to start again, to turn the page - even if it means threatening to abandon their 12-year-old son Alyosha. Until, after witnessing one of their fights, Alyosha disappears. LOVELESS won the jury's prize at the Cannes Film Festival. 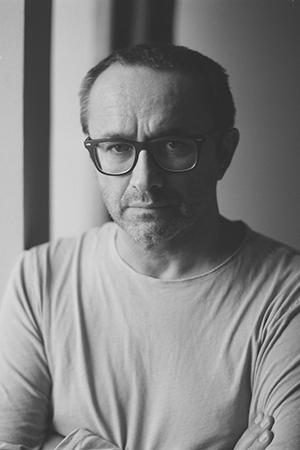 Born in Novosibirsk. In 1990, Zvyagintsev graduated from the acting program at the Russian University of Theater Arts (GITIS), under the tutelage of Evgeny Lazarev. He went on to take part in independent theater productions and had a few bit parts in TV shows and movies. In 2000, he made his debut as a director. In 2003, Zvyagintsev shot his first feature film, The Return, which became one of the the cinema sensations of the year. A debut not only for the director but for the majority of the crew as well, it was accepted for the main competition at the Venice Film Festival, and won the top prize, the Golden Lion. It also garnered the award for Best Debut, with the commendation: "a sublime film about love, loss and coming of age." His second film, THE BANISHMENT,was presented at the 60th Cannes Film Festival, where the lead, Konstantin Lavronenko, became the first Russian actor ever to receive the festival's award for Best Actor. The international premiere of Zvyagintsev's third film, ELENA, place in 2011 at the 64th Cannes Film Festival, where it was awarded the Special Jury Prize in the Un Certain Regard competition program. His most recent film, LEVIATHAN, screened in Official Competition at the 67th Cannes Film Festival and won the award for Best Screenplay. LEVIATHAN won the ARRI/OSRAM-Award at Munich, became the first Russian film since 1969 to win a Golden Globe award and was nominated for the Best Foreign Film Academy Award®.