Mika faces a long journey, too. In the third part of the hit OSTWIND, she sets out for Andalusia with her horse to find its roots, and her mission in life. A gripping, moving story of friendship. Sneak preview of the unfinished, long-awaited third part.

PLEASE NOTE: This screening is a sneak preview of selected scenes, which will be shown in a double feature with TIGERMILCH. 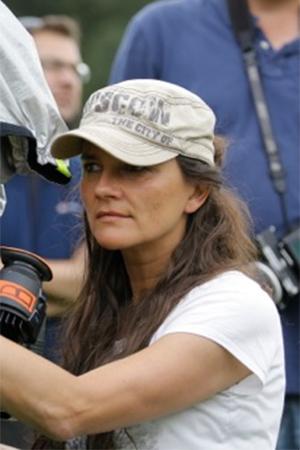 Katja von Garnier was born in Wiesbaden in 1966 and studied Film at Munich film school HFF from 1989 to 1994. She co-founded production shingle Vela-X with producer Ewa Karlström 1990, producing her hit graduating film MAKING UP 1993, which became a sleeper hit and sparked the '90s German rom-com wave, winning the Student Oscar, the Bavarian and German Film Prizes and the Ernst-Lubitsch-Prize. She shot a making of on Wolfgang Petersen's IN THE LINE OF FIRE (1994), followed by her second feature BANDITS (1997). She shot HBO drama ALICE PAUL starring Hilary Swank 2003 in the USA, followed by vampire romance BLOOD & CHOCOLATE for MG. In 2012, she returned to Germany with hit teen series OSTWIND, followed by OSTWIND 2 (2015).