Anna's and Ben's marriage is on the rocks: An unspoken tragedy lies beneath the surface of the thirtysomething couple's daily bickering. Their therapist makes an unusual suggestion to try and save their relationship: Why don't they turn their fights into songs? They dust off their old guitar in the garage and found a band with their neighbors. Zoe Lister-Jones' directing debut is a funny rock 'n' roll tale of modern-day love. 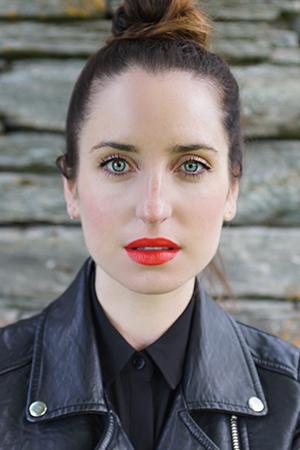 Zoe Lister-Jones was born in Brooklyn in 1982 and studied Film at NYU's Tisch School of the Arts and the Royal Academy of Dramatic Arts in London. She wrote and acted her own one-woman-show "Codependence is a Four Letter Word" in 2004, a critical hit. Lister-Jones is actress, singer, playwright, screenwriter and director. She acted in NBC sitcom WHITNEY (2011-2013), theatrical films LOLA VERSUS (2012) and BREAKING UPWARDS (2009), as well as CBS series LIFE IN PIECES (2015). She also performed in "The Little Dog Laughed" and "The Marriage of Bette and Boo" on Broadway. BAND AID is her feature directing debut.