Shula isn't even ten years old, but must have enormous powers. At least that's what the hurriedly-assembled tribunal says that charges her with witchcraft after a minor incident in her village. They send Shula to witch's camp, where she is to spend her days with other accused witches, unless she dares trying to escape and risks being turned into a goat. In Zambia, where director Rungano Nyoni is from, such camps really do exist – a cruel absurdity, giving this parable of power and freedom its desperate satiric bite. 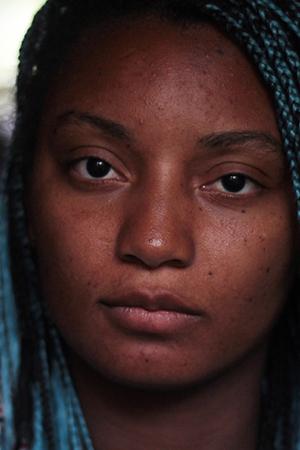 Rungano Nyoni was born in Lusaka, Zambia, growing up in Wales. Her short films have been screened at festivals all over the world: MWANSA THE GREAT (2011) was nominated for a BAFTA, LISTEN (2014), den co-directed with Hamy Ramezan, won Best Narrative Short at Tribeca. I AM NOT A WITCH is her feature debut.